Our goal here is to provide our readers with the latest information about the signs of heroin addiction, support groups, treatment options, life in recovery, prevention & advocacy in our communities, and how to deal with the grief of a lost loved one. If you have ideas or suggestions that you wish to share with us here please use our "Contact Us" page at the very bottom of this page to email us.

Recovery Is The Only Way For Me Now 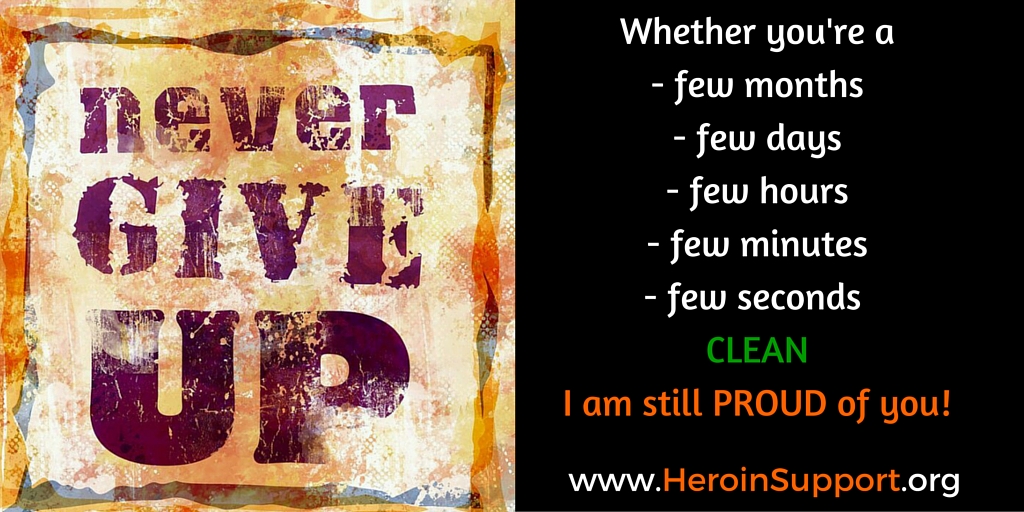 Alot of people ask me about being an addict and my personal recovery so I wanted to share my story with everyone and show you my reasons why recovery is the only way for me. Warning Lol its long...

I was content living in the small town I grew up in. Had a "normal" childhood, other than my parent's divorcing at age 6. I am the youngest of their 3 children, each of us 10-12 years apart. My brother and sister say they all used to do "family things" together and have fond memories. I cant remember all of us being together other than our mommas passing in 2014.

Our father was always strict but at a very young age I learned how to manipulate him through the guilt he carried for not being able to give me the "family structure" he gave my siblings. So growing up, I knew I could get away with things my brother and sister couldn't. Sadly, I used it to fill every ounce of my addiction as an adult as well..

Being blessed with a supportive family allowed me to finish school as a single mother, eventually working in the medical field. I was young, responsible, never got into trouble, had a healthy, beautiful curley haired baby girl, a great carrear working for the mayor who was also a practicing Physician. I was overall happy, just living my life.

I got sick one day, I thought it was just allergies but it turned out to be a bronchial infection and working with doctors, it was easy to get a prescription. I assumed I'd just get a simple antibiotic, wasn't expecting any cough syrup and daym sure didn't think the cough syrup had any opiates in it!

I had messed with weed and alcohol when I partied but never anything beyond that. I will never forget that feeling of euphoria. It was an out of body experience for me, every good feeling combined into one quick swigg.

If the heavens air, walking on clouds, flying with angels and sweet adrenaline were all put together in one bottle, this was it for me..

"Sippin syrup" became my daily routine and was too easy for me to get my hands on working where I did so that bottle followed me everywhere for three years until I found out I was pregnant with my second child. It was finally time to quit. Easy, I thought but nope, I was so wrong..

Ashamed and full of guilt, I continued "syruping" until I was four months along. I assumed I'd tell my obgyn and he'd just give me something to make this easy or tell me it was ok...

Once again, I was so wrong...
He told me that I had to start taking methadone.  I knew what methadone was and I told the Dr he was out of his mind because I was far from a junkie!

My sister was with me and I remember leaving the room, crying, very upset. She followed me outside and told me I was selfish..
5 months later my Prince arrived, he was perfectly beautiful and my memories of his birth would be the same if we hadnt had to stay an extended 14 days. All I could do was hold him, rock him, Love on him and gently rub his tiny hairy ears while he went through methadone withdraws.

He's a fighter and he got through that just fine. Healthy and happy. My son is one of the strongest people I know so it was my turn to be strong and quit taking methadone..

A "friend" suggested heroin because I was very sick withdrawling from methadone cold turkey and conveniently he had heroin.
7 inpatient/ outpatient treatment facilities, 3 suboxone clinics, 4 arrests, 1 convicted felony charge, hepatitis c, 2 overdoses, 21 days in acoma and almost 15 years later, I'm still alive and have not used in over two years..

Today I am 40, my Queen is 20. Despite everything I put her through, she is the epitome of what a real woman should be and continues to make me proud daily. My Prince is 12. Comedian at best but he's also a gifted dancer who keeps me on my toes. Both beautuful inside and out. To be a child of an addict is a completely different story and a story of their own so I won't speak for them.

We all lost 13+ years to MY drug addiction which is heartbreaking considering they never touched a drug a day in their lives.
Not gunna lie, even in recovery there's times I want to 'check out', either through drugs or death but I already took away their childhood so I have to be here for their future

I realize I am beyond blessed and there's no greater gift in recovery than my kids just wanting to finally be around me, their Momma.

I choose recovery because I am worthy of recovery and I want to be remembered as the mother of two people who changed the world NOT as a hopeless junkie of two kids.

How The Lure Of Heroin Led To My Most Destructive Relationship 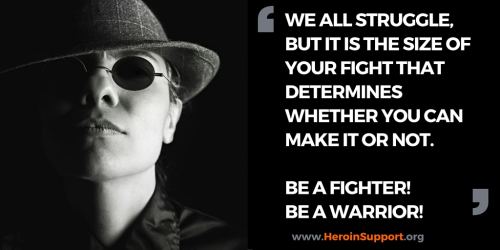 When I first met heroin, it started off as a casual thing.

“Only on the weekends,” I told her.

I made it very clear.

My mind was made up, especially since I had so much to do during the week.

She understood her place at that point in time.

She made all my problems go away.

In a world that seemed so crazy and hectic, she made it sit still.

She had a thing about her, a mysterious side I wanted to know more and more about.

Our relationship became serious over the ensuing months.

To some, this is nothing. To me, this is a look into the darkest part of my life.

It reached a point where I would see heroin every day.

She knew she had me wrapped around her finger. I would do anything and everything just to get a taste of her.

I wanted to feel her slow my mind and body down, to feel those chills she would shoot throughout my body.

When she was with me, everything felt normal.

Having heroin in my life created a new normal for me.

One day, we both were caught.

It was that same day I lost seemingly everything.

She was a manipulative girl.

She tricked me into believing if I only had her, nothing else mattered.

She isolated me as I continued to lose all I had once known.

Heroin was an expensive woman.

On another day, our toxic relationship took a turn for the worse.

The woman I loved so much got the best of me.

One moment, I began coughing profusely, as if I had water in my lungs.

The next thing I knew, I woke up in a hospital bed.

People around me were hysterical, crying and yelling. I had no idea what was going on.

The doctors hovered over me, saying, “It’s going to be okay, kid.”

After I was released, I wanted to see her again.

My entire being craved her.

My mind was fixated on her. She was the girl of my dreams.

Yeah, she had almost taken my life, but at that time, this was the type of love I would have died for.

It took another near-death experience to realize this relationship did more harm than good.

I laid motionless in a closet, my eyes closed and my hands twitching.

My body felt as if it was lifting, rising to another realm at a velocity I had never experienced in my life.

It was then I realized the painful truth: She was no good for me.

She manipulated, isolated and took all that I had.

Heroin was not the girl I thought she was. She was a monster who was destroying my life.

Perhaps the hardest thing I had to do was leave her.

Leaving the woman who I thought was the reason for my new normal and my new happiness was going to be hard.

It was tough. I ran back to her, time and time again.

Finally, I got the courage to say, “Enough is enough.”

On that day, I took a stand against her.

She has gone, but she has never fully left me.

I touch my arms and feel the holes where she would meet me.

Smells of pizza fill my nostrils and remind me of her.

Rubbing the back of my veinless and smooth hands remind me of her.

Pictures, the letter “H” and houses in the Paseo Arts District flood back the memories we shared together. They were numbing and time-slowing recollections.

She was, at one point, my everything.

Heroin is a vengeful woman. Leaving her made me feel uncomfortable.

Sneezing, cold sweats and not being able to sit still or be comfortable were the signs this breakup would be messy.

Her signature move — her go-to that would make me want to run back to her again — was making me throw up.

I would feel so weak, I did not know who I was without her.

I needed her now more than ever.

It seems simple to have a quickie with her. I’d just have a one-night stand, and then I’d never see her again.

This is how she would trap me again, isolate me, wrap me around her finger and take all of my money and my life again.

Being a fighter and a true advocate of what you preach are the keys to achieving and conquering anything you set out to do.

This is the hardest thing I have ever encountered or had to deal with.

I have come to terms with the fact heroin’s memories may never leave me.

But, I have the upper hand on her.

I have ambition to leave a legacy of greatness and triumph that will keep her shut out of my life for good.

Three years down the line, I am not turning back.

It’s been tough lately, but I remember how I felt when she put me in the hospital.

We all struggle, but it is the size of your fight that determines whether you can make it or not.

Be a fighter. Be a warrior. 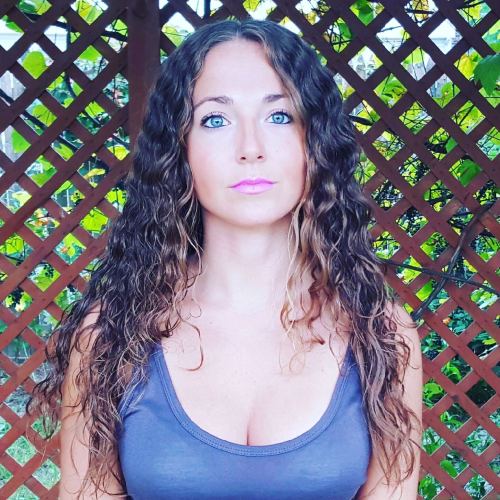 I wish it wasn’t me who was writing this blog. I really wish it wasn’t. I wish I wasn’t handpicked because I have one of the “best handles” on this subject. I wish I wasn’t “qualified” to speak on the heroin epidemic that is a growing problem nationwide. I wish I wasn’t a member of a community no one really wants to be a part of. No one ever says to themselves while reading articles like mine, “I wish I could relate to this.” 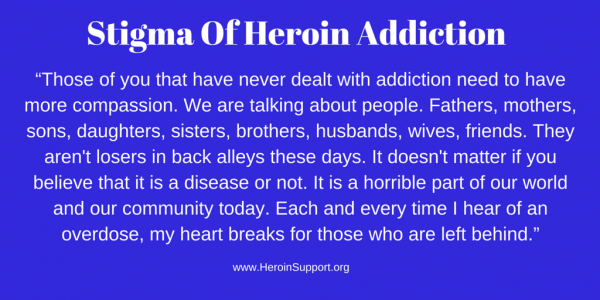 If you have never dealt with addiction either yourself or through a loved one then you need to become educated on addiction itself.